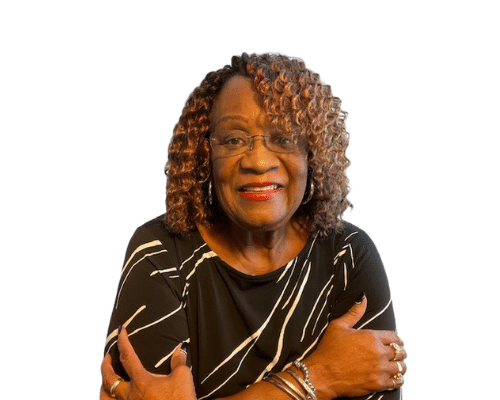 My father was an activist, community leader, and spokesperson who helped start the city’s very first chapter of the NAACP.

Dad was a hard-working carpenter. He built our home on Section 14 from the ground up. He was so proud of our little home. I remember I didn’t have a closet to hang my little clothes in our house. My dad found a special place and built a closet for his baby girl. Dad made me feel very special. I always felt protected, encouraged, and empowered by my dad. We also had a very close-knit community.

We moved five or six times to different houses on Section 14 trying to escape the demolition. After moving over and over again, my mom was forced to leave my daddy behind. Mommy was now a single mom, left to raise three of her five children. I cried, and missed my daddy greatly! Gradually, dad became a different person. He talked differently, he walked differently, and he smelled differently.

Years later, mom filled in the gap. She told me, “Your dad was a good man, and a good provider.” Mom explained to me that under the pressure of racism, redlining, and dad not being able to get a loan to move our home or put a roof over our heads, he turned to alcohol.

Our family was crushed. Mom moved us in with the sweet little lady who played the piano at our church. Every time the city burning would get closer to where we lived, we would find another house on the reservation, only to have to move shortly afterward.

Finally, my mother was able to buy a home at 22 Gladys Circle. It was a real struggle for mom, after leaving dad, but somehow, we never missed a meal. My dad never recovered from drinking. He passed away at the untimely age of 68.

I saw firsthand what the pain and emotional damage did to both of my brothers, not having a sober dad around. I later came to realize how being forced from our home and systemic racism played a major role in the emotional damage I endured. I still look back and wonder, what would it have been like, if my dad were treated fairly based on his hard work, versus his color?