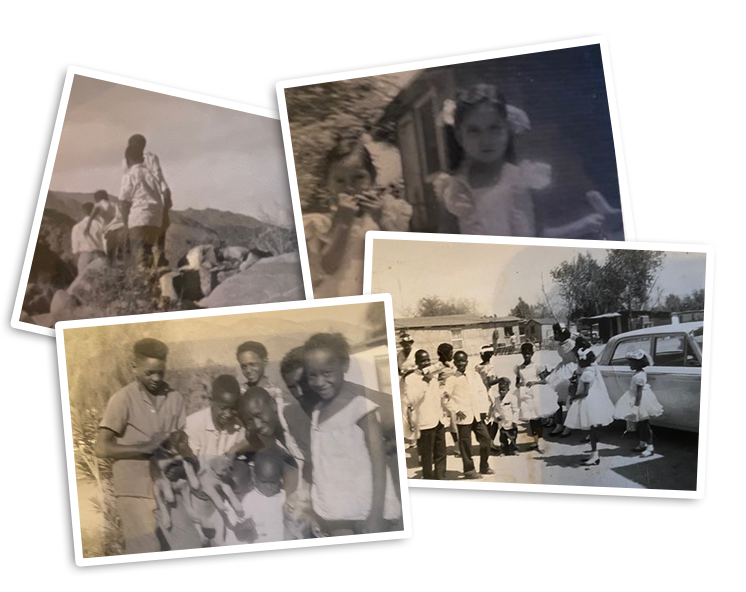 In the early 1900s, the City of Palm Springs enacted housing policies that prohibited racial minorities from renting or buying homes in parts of the city. These racially restrictive covenants prevented African Americans from living in communities near its predominantly white residents and led them to become concentrated in an area of town known as Section 14.

Section 14—a one-square-mile plot of land just east of downtown held by the Aqua Caliente Band of Cahuilla Indians—became a thriving community of homes, apartments, mobile homes, restaurants, churches and other cultural sites. At its peak, its estimated there were at over 1,000 structures and several thousand residents living there. This predominantly African American, working-class community was also home to immigrants from Mexico and Latin American countries and a spattering of other minorities.

From the late 1950s through the 1960s, the City of Palm Springs hatched a plan to demolish the vibrant community of Section 14 and develop it into more lucrative commercial enterprises. To enact this plan, the City and its agents destroyed residents’ homes, personal property and belongings. City-employed fire fighters and private companies bore down on the neighborhood and burned and bulldozed homes and personal possessions of residents.

Violently uprooted without warning and stripped of even basic resources, many Black residents sought refuge in the Desert Highland Gateway Estates neighborhood, which was then unincorporated county land on the north end of Palm Springs. The North end area where some relocated was desolate, and extremely windswept.

Today, survivors and descendants of the Section 14 massacre continue to be impacted by the financial, physical and emotional trauma inflicted on them by the City of Palm Springs. The last surviving victims of the massacre are in their twilight years, and they’ll remain silent no longer. Supporters of the Section 14 survivors are amplifying the families’ cries for justice and their right to be made whole.

When Ta-nahesi Coates wrote The Case for Reparations (The New Yorker, 2014), his aim was to “get people to stop laughing” at the idea. Eight years later, the topic is no laughing matter. The recognition that reparations are just and right has moved from the fringe to the mainstream. The tide has turned, and from Evanston, Illinois, to Bruce’s Beach, California, an unstoppable wave is rolling over the country.

Coates made the case that “virtually every institution with some degree of history in America has a history of extracting wealth and resources out of the African-American community…Behind all of that oppression was actually theft.”

“Theft” certainly fits the facts of the case of Section 14 in Palm Springs, California. Lead attorney Areva Martin and her law firm, Martin & Martin, LLP, represent the thousands of survivors, and descendants—the victims—of what the California Attorney General’s office described in a 1965 Memorandum as a “City-engineered holocaust.”

Righting Past Wrongs for a More Just Future

The actions of the City caused Section 14 survivors and their descendants to not only suffer substantial economic loss and loss of generational wealth, but also caused severe emotional race-based trauma. Many survivors report experiencing symptoms similar to those associated with PTSD including feelings of anxiety, depression, isolation and worthlessness. Many fell prey to substance abuse or experienced serious health issues ranging from heart attacks to strokes.

Areva Martin and noted economist Dr. Julianne Malveaux have conducted a preliminary harm assessment and found that the economic damages alone from this racially-charged demolition range from $400 million to $2 billion.

No amount of money will adequately compensate the victims who were forced to endure decades of racist restrictive housing covenants and the horrors of the burning of their homes and belongings. But—like victims of racial atrocities across the country—the survivors of Section 14, their advocates and attorneys are working to share their stories, right the injustices of the past, and do what’s possible to compel the City of Palm Springs to make them whole. 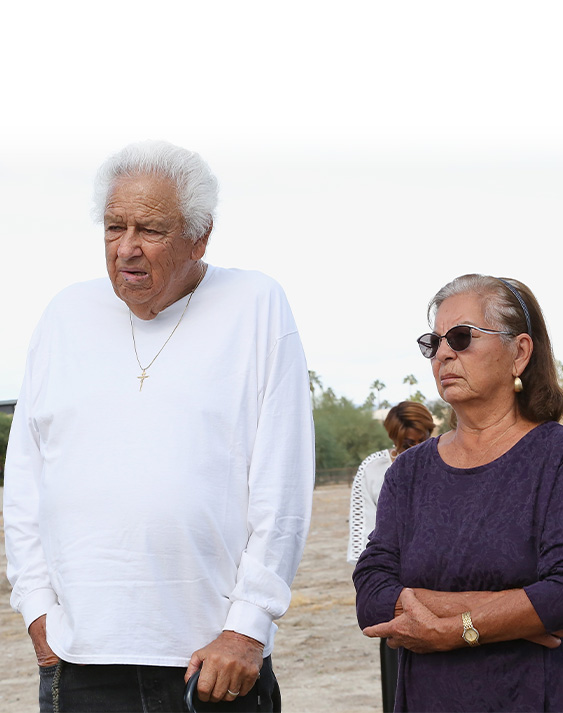 The City of Palm Springs issued a formal apology for the evictions and destruction of Section 14, and City Council staff met with survivors to discuss a range of possibilities for resitutution/reparations programs. More than a year later, the city has taken no further action. We have engaged award-winning civil rights attorney Areva Martin and her firm, Martin and Martin, to help us negotiate a resolution with the city.

Other government entities are stepping up to redress past wrongs, from Los Angeles County restoring the Manhattan Beach property to the Bruce family to Evanston, Illinois enacting a reparations program for Black residents who have been harmed by discrimination in housing. We are committed to being part of the extraordinary change that is happening, and to helping create a model of restorative justice that can be used across the country to make survivors and their descendants whole.

Section 14 Survivors – members who lived on Section 14 – aka the Reservation – and experienced the harm.

Descendants – children and grandchildren of residents that lived on Section 14. 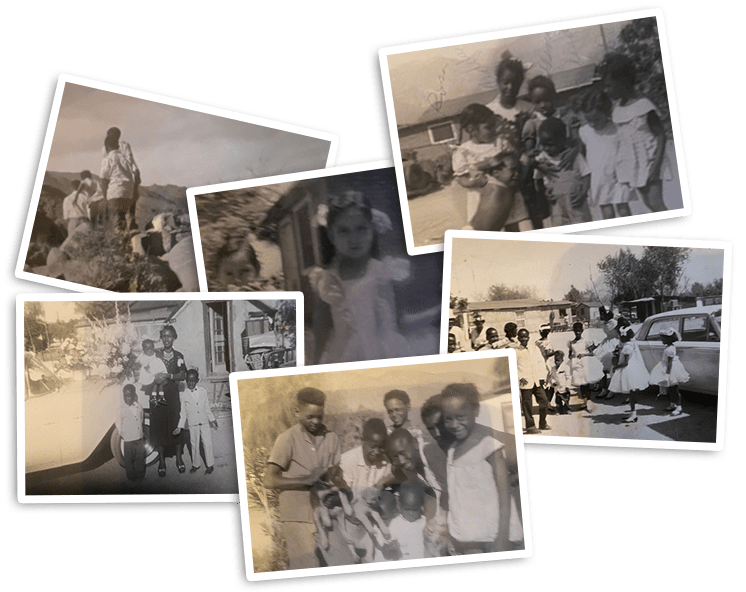 In the early 1960s, the Palm Springs residing Mayor Frank Bogert issued an order to destroy the homes of Section 14 residents. The residents were not given sufficient notice, and many did not receive any notification.

Residents were abruptly forced from their homes; the homes were burned down by the city’s fire department and bulldozed to the ground.

Many residents came home from work and school to find their homes demolished. Over 200 homes were destroyed, contributing to many years of ongoing harm. More information can be obtained about Section 14 in the 1968 Attorney General’s report, which described this action as a “city-engineered holocaust.”

Fast forward 60 years: The city council of Palm Springs recently issued an apology for the housing destruction and the harm done to the Section 14 residents.

Executed extensive research on the events and accounts of the travesty and atrocity that happened on Section 14.

The City Council placed the Section14 issue on their calendar, in April 2022. Members of Section14 had an impressive turn-out to let the council know that we deserve some type of reparations.

Section 14 did a survey asking what members wanted to ask the City for, in regards to Reparations/Restitution.

The proposal contains a request for $100 million to be divided amongst the Survivors, minus any necessary costs and fees. It also requests the following:

Held several meetings where members shared their stories, reliving the joys, the fun times, as well as the horrors of the various eviction experiences.

Retained (2) Attorneys to represent the group as a whole legally.

The City Council voted to work with the Section 14 organization, and expressed a desire to work with our group to come up with something that would help rectify the wrong.

Based on the Section 14 members survey, a proposal to the city of Palm Springs was created, and presented to the Palm Springs City Attorney and City Manager on July 1, 2022. The proposal outlined the desires on behalf of the Survivors (those who lived on Section 14) and the Descendants (children and grandchildren of those who were forced out).

Chaplain, Survivor
For more information or media relations, please reach out to info@section14survivors.com.